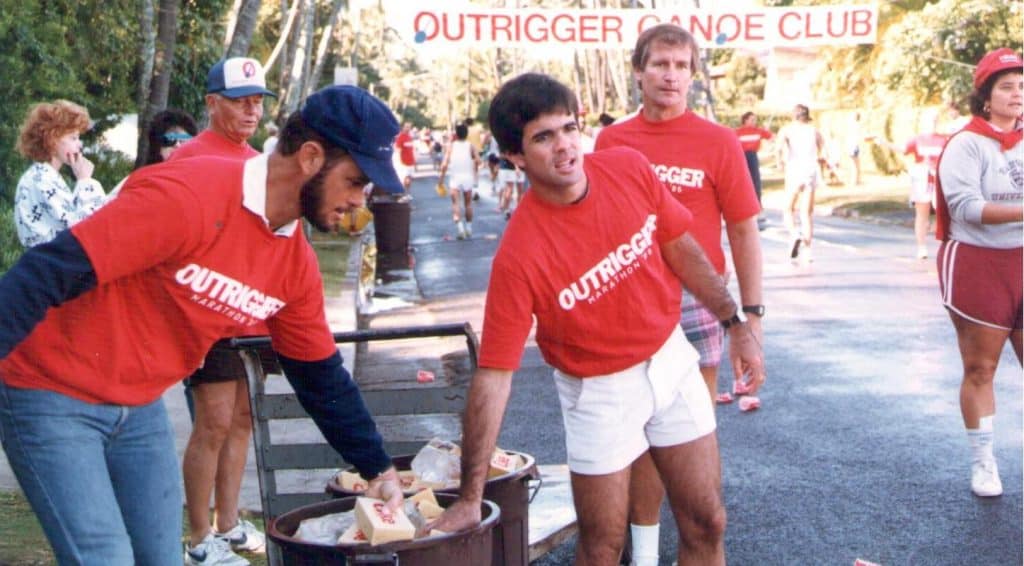 The Outrigger Canoe Club sponsored an Aid Station for the Honolulu Marathon for 25 years from 1975-1999. The station was located on Kahala Avenue at mile marker 8 for outbound runners and mile marker 22 for runners on their way to the finish line in Kapiolani Park.

The Aid Station was chaired by past OCC President and Winged “O” Cline Mann and drew more than 100 volunteers to set up the station, pass out water, sponges, sports drinks and encouragement to the 30,000+ runners.

Clad in red OCC Marathon T-Shirts Volunteers arrived at 3 a.m. to set up the station, posed for their annual photo at 5 a.m. and awaited the first runners who were usually at the Aid Station before 5:30 a.m. The station was required to remain open until the last runner passed through, which at times turned out to be after 7 p.m.