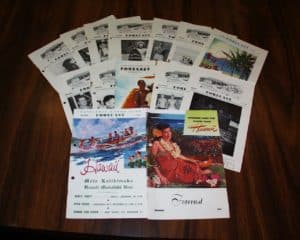 After the completion of the Outrigger Canoe Clubhouse in 1941, the first  notices of events were sent via printed flyers in the billings or by post card to members. On September 1, 1941 a new publication was created known as The Forecast.   Thereafter, it was printed and published in multi-page format, except for a period in 1963 through November 1964, when it was a single 8″ x 13″ page printed back-to-back, including the member’s name, address and postage.

In January 2019 the Board of Directors changed its member publication to a new format, going from monthly to bi-monthly and naming the new publication Ama.  The Ama is published in odd number months.  Printing remains at 4,800 copies per month. 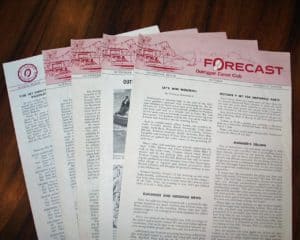