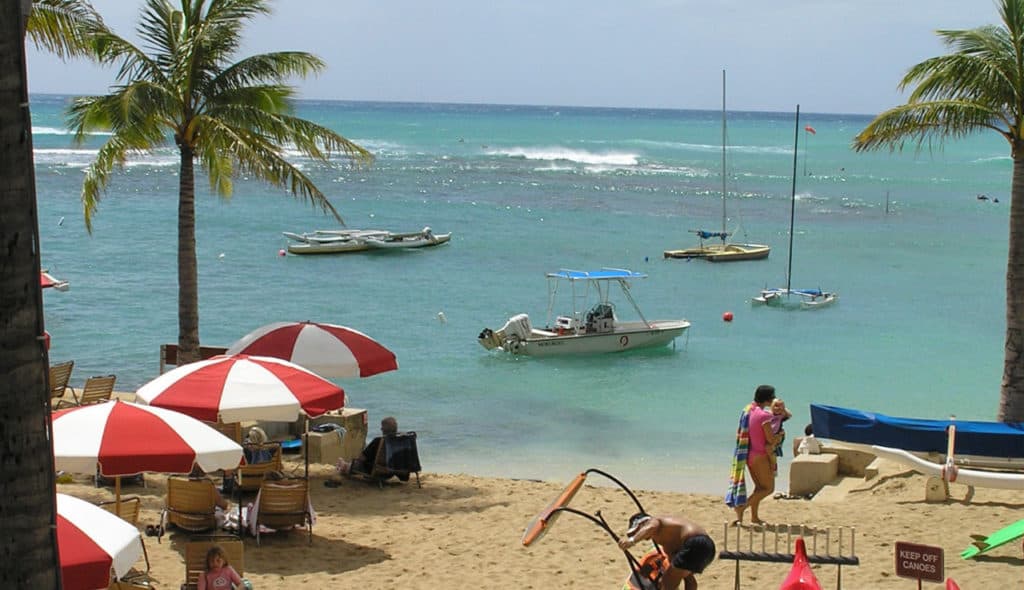 A mooring area for small boats has been designated in front of the Outrigger Canoe Club and its next door neighbor, the Elks Club by the State of Hawaii, Department of Land and Natural Resources.   The document authorizing the mooring area may be found in Hawaii Administrative Rules, Title 13, Subtitle 11, Part 1, Small Boat Harbors, Chapter 235 Offshore Mooring Rules and Areas.  §§235-33 reads:

The Kapua Channel mooring area means the area designated and shown on Exhibit “E” (see below), dated July 15, 1990, which is located at the end of this subchapter. The boundaries are as follows:

The moorage is free. Outrigger Canoe Club maintains a list of boats moored at the site for DLNR.  For more information, contact the OCC Beach Services. 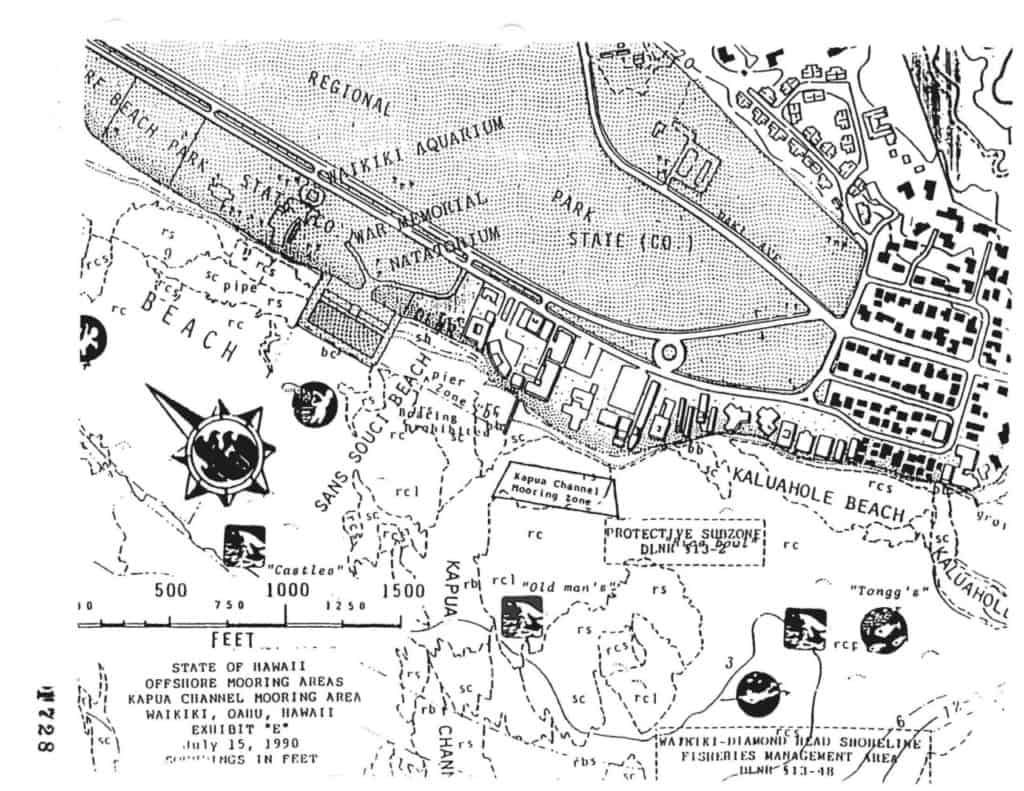