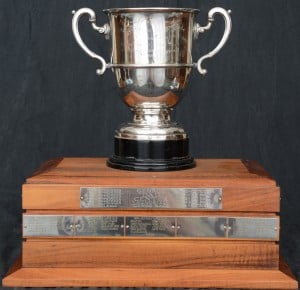 Donated to the Memory of Dr. Thomas H. Richert
for the Dad Center Canoe Race
Lanikai to Outrigger
1985

The silver cup was donated by Tiare Richert-Finney in memory of her father, Dr. Thomas Richert in 1985. The trophy was originally won by her mother Loretta Turnbull in 1932 when she was representing the United States in a speed boat race in Italy.