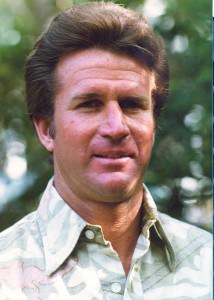 For his involvement at every level in the life of the Club he was awarded the Winged ”O” in 1970.

Born on November 29, 1934 and raised in Honolulu, he attended Punahou School and the Universities of Washington and Hawaii. He first took part in Club sports as an OCC paddler on the 12 and under crew. A member of many victorious crews, he paddled and raced on different crews up through the Junior 4.

Along with several other Outrigger members, Peter represented Hawaii in Australia as a member of the Hawaii Surf Lifesaving Association team which competed and placed third in the 1956 International Surf Championships.

An active volleyball player, he has been a member of one AA and nine Masters Division volleyball teams which have competed in the USVBA Nationals. These Masters teams placed second three times and third two times before his Masters 45 team won the National Championship in 1985. He was named All-American Honorable Mention in the Masters 35 Division of the 1974 USVBA contest. In addition, he played on three OCC teams entered in the AAU Volleyball Championships.

Also, while water sports may be his first love, he played on many OCC championship mountain ball teams.

In addition to participating in sports, Peter served as Club Captain from 1968 to 1970, a demanding job that includes overseeing all sports teams sponsored by the Outrigger.

Peter’s service to the Club runs the gamut of OCC offices. He was on the Building and Grounds Committee from 1966-1968 and acted as its chairman for one year. He served three terms on the Board of Directors, was Coordinating Director for Athletics in 1970, and was named Vice President, Activities in 1971. He held that post until 1974 when he was chosen Outrigger Canoe Club President for the 1974-1975 year.

He served on the Admissions and Membership Committee from 1976-1983, chairing it in 1982. Peter was re-elected to the Board of Directors for another six years in 1985, serving his second term as OCC President in 1989.

Peter also served as treasurer of the Outrigger Duke Kahanamoku Foundation which solicits contributions for grants and funds for scholarships to deserving athletes and students.

Balding has devoted his life to the Outrigger Canoe Club and was fittingly elected to Life Membership at the OCC Annual Meeting in February 2015. Peter has truly fulfilled and exceeded all expectations of a Winged “O”.