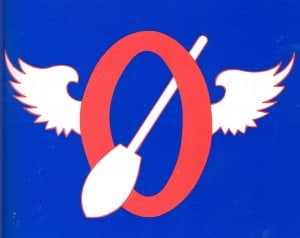 The Outrigger Canoe Club’s Winged “O” was founded in 1967 to pay tribute to the Club’s finest sportsmen.  Winged “O” is not just an honor bestowed on the Club’s top athletes.  With being named a Winged “O” comes a lifelong obligation to actively preserve the athletic purpose of the Club.

To be elected to the Winged “O” you must have been a regular member of the Club for at least ten years and have demonstrated unflagging loyalty to the Club and its athletic programs over a long period of time.  Service must be contributed directly to the Club and participation must be on Club teams and in Club events.

The idea for the Winged “O” emerged in the 1960s after a group of oldtimers determined to keep the original spirit of the Club alive and keep Outrigger a potent force in athletic competition.  In its early years the Club had participated in a variety of sports including football, track, basketball, and swimming. By the mid-1960s, the only major sports being actively participated in by the general membership were canoe paddling and volleyball.

In 1965 the Athletic Sponsors were formed.  It was composed of oldtimers who would back up athletic programs, help wherever help was needed, raise funds among the wealthy older members and contribute their time and energy to keep the athletic program competitive.

In 1966,  Club president Tom Arnott asked Bill Brooks to take over the chairmanship of this committee and develop some means to broaden the athletic program’s sphere of activities.  The result was a renaissance in the general membership’s athletic participation and in short order, the Club was fielding teams in surfing, running, tennis, sailing, football, softball, golf and skeet shooting.

Brooks determined that a typical committee structure would not be successful in sustaining an ongoing long–range guardianship for the athletic program.  The qualities of dedication and continuing participation were needed if the basic precepts were to be perpetuated.

The concept of the Winged “O” Honor Award was proposed.  This group of honorees would be composed of dedicated Club athletes and athletic program supporters who had made outstanding contributions to the athletic program over a long period of time (no less than 10 years).  Those honored with this esteemed award would assume a long-term obligation for continuing service to the program.

And thus, Winged “O” was born in 1967.  Winged “O” was to serve as the watchdog of the athletic program so that it would stay strong and virile and down through the years, the members would be boosters and backers of teams, jack up weak programs and give programs a boost in spirit and morale.

The first person elected to the Winged “O” was Olympic Gold Medalist Duke Kahanamoku who not only represented the Club worldwide in athletic competition but was also the Club’s Ambassador of Aloha.  Through Duke’s efforts the sport of surfing was introduced around the world, and Outrigger Canoe Club became as well known as Duke. 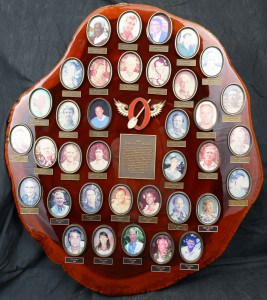 For many years the Winged “O” sponsored the Club’s annual Athletic Awards Banquet.  Due to the number of sports now sponsored by the Club, individual athletic programs hold their own awards banquets instead of one large one. 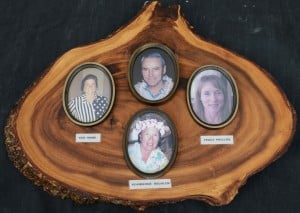 The Winged “O” trophy is located in the Lobby Display Case and holds the photos and names of all of the Winged “O” selectees.

The process to select a Winged “O” begins with a nomination from one of the current Winged “O”s, complete with the accomplishments of that individual.  The name is then sent on a ballot to all living Winged “O” members who vote for or against the individual.  It takes a majority of votes to be selected.  The new Winged “O” award is announced at a Club-sponsored event such as the Club’s Annual Meeting in February or the Club Luau in the fall.  Awards are made when there is a deserving individual and do not occur in all years.