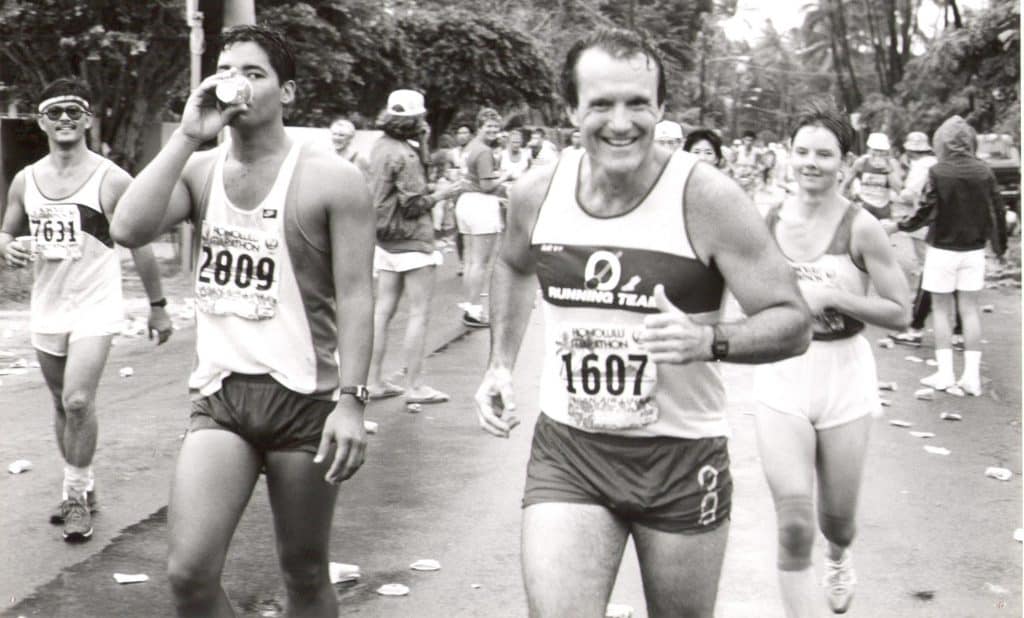 Outrigger Canoe Club members were among the first to become marathon runners in Hawaii.  The Club fielded its first team for the Honolulu Marathon in 1975, although members entered the first and second in 1973 and 1974. Conveniently, the race passes in front of the Club on its way out to its Hawaii Kai turnaround, and again just before the finish line in Kapiolani Park.

The OCC sponsored a Honolulu Marathon Aid Station in Kahala for 25 years.  The Aid Station was located at mile 8 going out and mile 23 on the way to the finish line.  More than 100 volunteers staffed the Aid Station each year.

Outrigger tradition has the Club’s runners showing up at the Club at 3 a.m. for a group photo, followed by a ride to the starting line at Aloha Tower.  The Club has a tent at the finish line where runners are treated to massages, hydration, snacks and praise.  The runners post their finishing times on a board at the tent.  Then it’s a short walk back to the Club for a shower, put on their finisher’s T-shirt and enjoy Sunday Brunch with their fellow runners.

Our thanks to the Honolulu Marathon Association for verifying the times of all OCC finishers.