Alex Anderson was elected to Life Membership in the Outrigger Canoe Club on February 23, 1987.  Alex joined the Outrigger in 1909 as a junior member with OCC Founder Alexander Hume Ford teaching him to surf.  He dropped his membership when he went away to college and rejoined after World War I.  He married Dad Center’s sister Peggy and the rest is history.

Alex was a composer of very popular hapa haole music and in 1980 he wrote the Outrigger Canoe Club song.  In 1986 the Teves Trio recorded the song with Alex on hand to direct it. 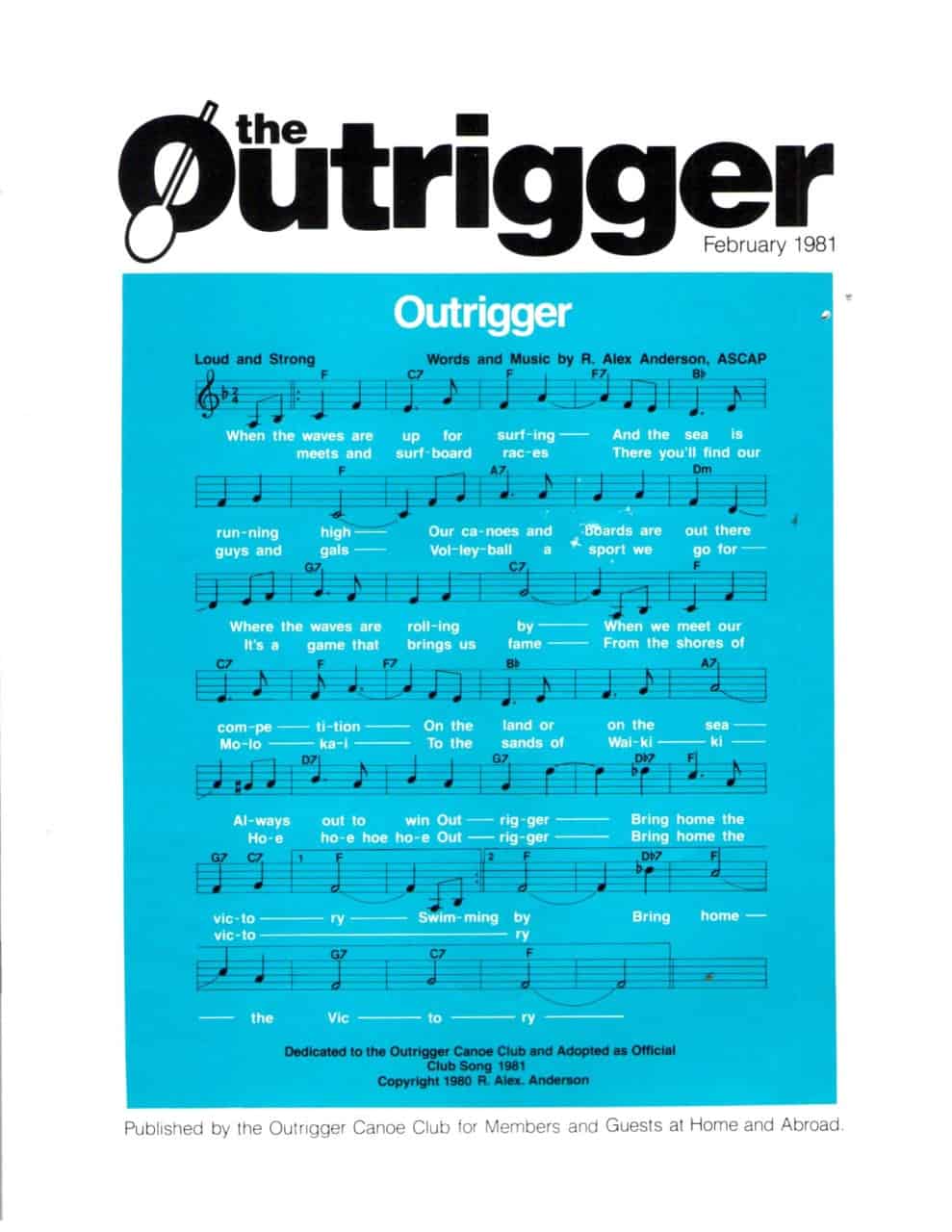